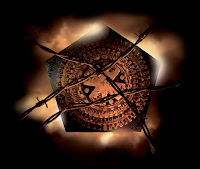 My Sonic Philosophy: Upping Your Game

Along my mad journey, I've read dozens of books, articles and interviews about designing sound.  I've watched a good number of how-to videos on Youtube from passionate industry professionals and amateur sound enthusiasts alike.  I have also enjoyed countless conversations with fellow editors where we exchanged tips, tactics, approaches and philosophy on creating interesting and unique sounds for a film.  All in all I've come to really appreciate two important concepts:
Creativity has no bounds and every mind is beautiful.


There are so many great sound editors and designers working in film, television, video games and other types of media, and each one of them brings with him or her a wealth of know-how and style.  Also, the myriad of tools and instruments available to a sound editor are endless, and combined with the infinite depths of the human mind, there exist limitless possibilities for creating new, different and exciting sounds.
Sadly, there also exists an equally endless list of constraints that can limit a sound editor's or designer's range of motion on a project.  Though the focus of this blog is not to rant about those roadblocks, I feel it is important to mention at least a few of them and share my thoughts in regard to them:

In many instances, the budgets allotted for post production audio as well as the claustrophobic schedules are oftentimes typical obstacles in this industry and, given a particularly dry climate, can put an even more painful crimp in an editor's game.  Some editors work well under pressure and sometimes their best work can emerge as a result of it.  But this is not always the case everywhere.
I find it curious that post-audio sound is oftentimes relied upon to "save" a film, yet in those cases, the amount set aside for sound editorial and final mix don't seem to ever equal the amount of work expected.  Having enough time and a decent budget in which to deliver stellar work can fare well not only the editors, but for the clients as well.


Overcoming temp love can be an equally nasty fight, particular if the director is adamant that we include and incorporate the temp sound job his or her picture editor has cut into the timeline.  In some instances, the picture editors have zero love for the temp sound effects in their OMF delivery, and their sounds are meant to be placeholders that convey the type of sound needed, as well as the pacing, timing and mood.
Sometimes however, we encounter some picture editors who fancy themselves sound designers and are militant when it comes to having their sounds play front and center (regardless if they are cliche sounds, low-res, mp3s, etc.).  Occasionally, their design is actually quite excellent (as is the case for picture editors Danny Saphire and Raul Davalos, A.C.E ).  In any case, it is important to keep the clients' vision in mind, communicate vigorously on what they need sonically, and offer to enhance and build up the existing OMF sounds using the audio tools and skills we have at hand.


Other:  Certainly there are quite a number of other obstacles that can inhibit an editor's creativity.  Most are pretty obvious.  A few that come to mind are:
Upping Your Game

So how do we get past these obstacles?  Unfortunately, there are tons of cosmic red-tape to cut through, unfair business trends to "de-trend", bad filmmaking habits to kick, "fix it in post" type of myths to debunk, and so on and so forth.  But despite the many roadblocks we may encounter, my advice to all sound editors, seasoned and new, is this:
Always find the best way to do your part in making the project successful.

As a strong believer in and seeker of the "silver lining", I tend to view each obstacle as a character-building challenge rather than as an end-of-the-world problem.  I feel that as sound editors, there is plenty we can do on our own to at least help alleviate some of the pressures and stresses that befall us.  Overcoming the above-mentioned obstacles begins with overcoming the roadblocks within ourselves, and requires much practice, time, training and above all, a desire to become an efficient and fluent masters of our trade.

Since I consider my blog site a place to reflect, learn, share and figure things out, (and definitely NOT a place to bitch, rant or "boo-hoo"), I'll share my take on how to deal with tough constraints:
I call it "Upping Your Game."   It is a long-term commitment, one which starts right now.


Operating on the assumption that the above-mentioned roadblocks won't be going away any time soon, here are a few of things I've done to make myself a valuable asset to the team:

Seriously folks, if you're going to make a movie, remember that post-production sound CAN truly bring your film to new levels... but don't think of your film sound as an afterthought.  Start right away.  Get to know your production sound crew and let them get as much coverage as they need.  It could save you lots of money in the end.  And when you're ready for post, please share your thoughts with your editorial crew.  Let them share your cinematic vision and give them enough time to impart their wealth of sonic madness onto your film.


I heartily welcome the opinions of other sound and picture editors, directors, producers, supervising sound editors and post-production supervisors.  Please chime in and share some of your experiences here, as well as present a few solutions if possible!
Thank you for reading!